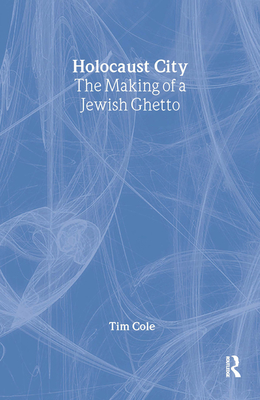 The Making of a Jewish Ghetto

Drawing from the ideas of critical geography and based on extensive archival research, Cole brilliantly reconstructs the formation of the Jewish ghetto during the Holocaust, focusing primarily on the ghetto in Budapest, Hungary--one of the largest created during the war, but rarely examined. Cole maps the city illustrating how spaces--cafes, theaters, bars, bathhouses--became divided in two. Throughout the book, Cole discusses how the creation of this Jewish ghetto, just like the others being built across occupied Europe, tells us a great deal about the nature of Nazism, what life was like under Nazi-occupation, and the role the ghetto actually played in the Final Solution.

Tim Cole, a respected historian on the Holocaust, is Lecturer of European Social History at the University of Bristol. Cole has written widely on the topic and his previous book, Selling the Holocaust: From Auschwitz to Schindler, How History is Bought, Packaged, and Sold (Routledge, 1999), received wide media attention and critical praise.
or
Not Currently Available for Direct Purchase
Copyright © 2020 American Booksellers Association