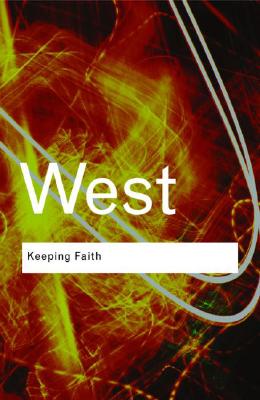 Keeping Faith is a rich, moving and deeply personal collection of essays from one of the leading African American intellectuals of our age. Drawing upon the traditions of Western philosophy and modernity, Cornel West critiques structures of power and oppression as they operate within American society and provides a way of thinking about human dignity and difference afresh. Impressive in its scope, West confidently and deftly explores the politics and philosophy of America, the role of the black intellectual, legal theory and the future of liberal thought, and the fate of African Americans. A celebration of the extraordinary lives of ordinary Americans, Keeping Faith is a petition to hope and a call to faith in the redemptive power of the human spirit.

Cornel West (1953-) is currently Professor of Religion at Princeton University. As well as being a prominent public intellectual and a widely read writer on American Politics, Religion and Culture, he also produced a CD, Sketches of My Culture and appeared in the final two films in The Matrix trilogy.
Loading...
or support indie stores by buying on