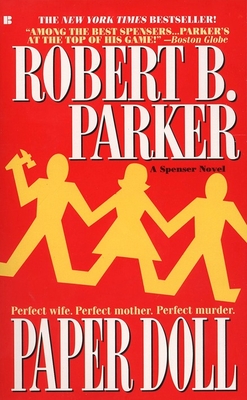 She was a model wife and mother, bludgeoned with a hammer on the streets of Beacon Hill. Spenser's searching for a motive and a murderer—and finding more secrets than meet the eye...

“Among the best Spensers...Parker's at the top of his game!”—Boston Globe

“A new, very satisfying case...with the emphasis on sins of the soul...very well done.”—Kirkus Reviews

Robert B. Parker was the author of seventy books, including the legendary Spenser detective series, the novels featuring Police Chief Jesse Stone, and the acclaimed Virgil Cole–Everett Hitch westerns, as well as the Sunny Randall novels. Winner of the Mystery Writers of America Grand Master Award and long considered the undisputed dean of American crime fiction, he died in January 2010.
Loading...
or support indie stores by buying on
(This book is on backorder)