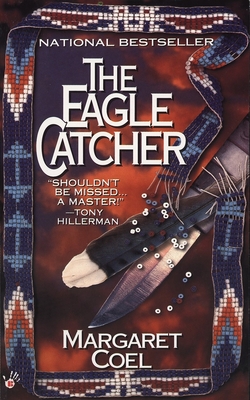 When the Arapaho tribal chairman is found murdered in his tepee at the Ethete powwow, the evidence points to the chairman's nephew, Anthony Castle. But Father John O'Malley, pastor of St. Francis Mission, and Vicky Holden, the Arapaho lawyer, do not believe the young man capable of murder. Together they set out to find the real murderer and clear Anthony's name.

The trail that Father John and Vicky follow winds across the high plains of the Wind River Reservation into Arapaho homes and community centers and into the fraud-infested world of Indian oil and land deals. Eventually it leads to the past—the Old Time—when the Arapahos were forced from their homes on the Great Plains and sent to the reservation.

There in the Old Time, Father John and Vicky discover a crime so heinous that someone was willing to commit murder more than a hundred years later to keep it hidden. As they close in a killer who does not hesitate to kill again, they discover they have become the next targets...

Praise For The Eagle Catcher (A Wind River Reservation Mystery #1)…

Margaret Coel is the New York Times bestselling, award-winning author of the acclaimed Wind River Mysteries featuring Father John O’Malley and Vicky Holden, as well as the Catherine McLeod Mysteries and several works of nonfiction. Originally a historian by trade, she is considered an expert on the Arapaho Indians. A native of Colorado, she resides in Boulder.
Loading...
or support indie stores by buying on
(This book is on backorder)