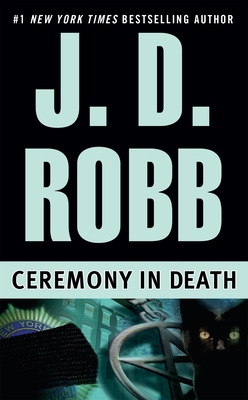 Conducting a top secret investigation into the death of a fellow police officer has Lieutenant Eve Dallas treading on dangerous ground. She must put professional ethics before personal loyalties. But when a dead body is placed outside her home, Eve takes the warnning personally. With her husband, Roarke, watching her every move, Eve is drawn into the most dangerous case of her career. Every step she takes makes her question her own beliefs of right and wrong—and brings her closer to a confrontation with humanity's most seductive form of evil...

Praise For Ceremony in Death…

“The hottest detective in the next millenium is back with another explosive foray into murder and mayhem...The always superb J. D. Robb delivers electrifying suspense and hot, hot passion in another spectacular sizzler.”—RT Book Reviews