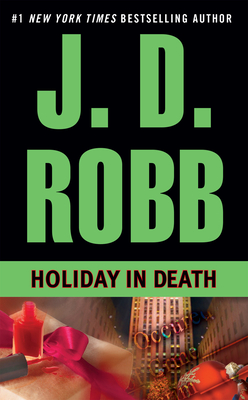 Lieutenant Eve Dallas tails a serial killer who has a passion for the "Twelve Days of Christmas" in this novel in the #1 New York Times bestselling In Death series.

No one likes to be alone during the holidays. For New York's most posh dating service, Personally Yours, it is the season to bring lonely hearts together. But Lieutenant Eve Dallas, on the trail of a ritualistic serial killer who likes to dress up as Santa Claus, has made a disturbing discovery: all of the victims have been traced to Personally Yours. As the murders continue, Eve enters into an elite world of people searching for their one true love. A world where the power of love leads men and women into the ultimate act of betrayal...

Praise For Holiday in Death…