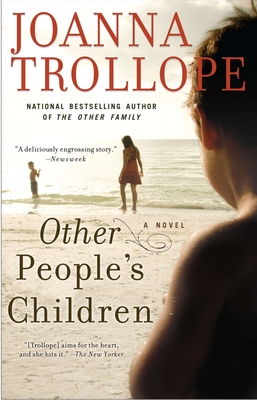 Joanna Trollope delves into the dynamics of stepfamily life and introduces us to two couples whose relationships are complicated by the enriching-and sometimes enraging-presence of others. From the grown daughter who insinuates herself into her widowed father's romantic life, to the sullen teenager whose loyalties lie with her estranged mother; from the awkwardness of tense celebrations to the discovery of surprising sources of strength, this novel is "a bittersweet tale of the painfully divided affection created whenever a stepfamily is formed." (Kirkus Reviews)

Joanna Trollope is a member of the same family as Anthony Trollope and a #1 bestselling author in England. Her novels include Marrying the Mistress and The Best of Friends, as well as The Choir and The Rector's Wife, which were both adapted for Masterpiece Theatre. She lives in England.

Praise For Other People's Children: A Novel…

"Trollope aims for the heart, and she hits it." —The New Yorker

"A bittersweet tale of the painfully divided affections created whenever a stepfamily is formed." —Kirkus Reviews