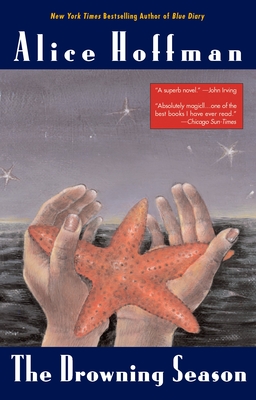 The New York Times bestselling author of The Rules of Magic presents a “stunning and hypnotic” novel that “interweaves past and present with piercing images and unfailing energy”(Publishers Weekly).

On a secluded waterfront estate on the North Shore of Long Island, a matriarch named Esther rules over her clan. But in spite of her sharp tongue and manipulative ways, she cannot quite keep control over her charges. Her son, Philip, routinely tries to drown himself each summer; her granddaughter sneaks cigarettes and dreams of escape. Esther has hired Cohen, a Russian landscaper, to watch over the family as well as the grounds. But Cohen has been watching Esther as well. And his love for her is growing wild enough to uproot them all...

Praise For The Drowning Season…

Praise for The Drowning Season

“Absolutely magical...one of the best books I have ever read.”—Chicago Sun-Times

“Awesome and funny...Hoffman is operating in Kafka's realm, in the territory of I. B. Singer, and of Tolstoy's folk tales...[S]he has tapped some timeless quality of human experience.”—Newsday

Alice Hoffman is the author of more than thirty works of fiction, including The Rules of Magic, Practical Magic, The Marriage of Opposites, The Red Garden, the Oprah’s Book Club selection Here on Earth, The Museum of Extraordinary Things, and The Dovekeepers. She lives near Boston.
Loading...
or
Not Currently Available for Direct Purchase