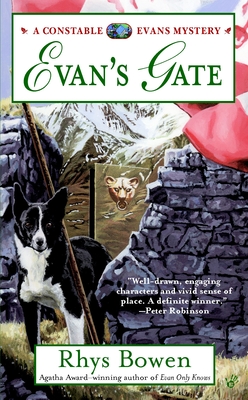 Welsh Constable Evan Evans plumbs the past and present to search for connections between two troubling crimes in the eighth novel in this “consistently satisfying mystery series.”*

Evans has found the most delightful shepherd’s cottage. At the moment it’s just four stone walls with gaping holes for doors and windows...but what a view! But as Evans attempts to seal the deal, duty calls. A five-year-old has vanished from a seaside caravan park—and Detective Constable Evans must consider all the suspects. There’s the child’s estranged father, who may want to spirit her back to his native Russia—and the German tourists in a hurry to flee the scene.

Evans wonders if the abduction is related to the disappearance of another girl, twenty-five years ago—especially since that girl’s relatives have just returned to Wales for a family reunion. Now, as he and his fiancée try to rebuild their dream house, he must also build a difficult case against a possible double murderer...

“A fine sense of place, a compelling dual story line, and a cast of sympathetic, well-drawn characters give this small-town police procedural plenty of appeal.”—Booklist

“Going along with the likable Evans as he solves these crimes is absorbing and engrossing, but, as always, it is the wonderful Welsh ambience Bowen evokes that makes her series so enjoyable…a very pleasant read.”—Tampa Tribune