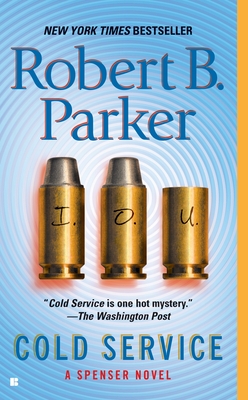 When his closest ally, Hawk, is beaten and left for dead while protecting a bookie, Spenser embarks on an epic journey to rehabilitate his best pal, body and soul. But that means infiltrating a ruthless mob—and redefining his friendship with Hawk in the name of vengeance...

“Cold Service moves with the speed of light.”—Orlando Sentinel

Robert B. Parker was the author of seventy books, including the legendary Spenser detective series, the novels featuring police chief Jesse Stone, and the acclaimed Virgil Cole–Everett Hitch westerns, as well as the Sunny Randall novels. Winner of the Mystery Writers of America Grand Master Award and long considered the undisputed dean of American crime fiction, he died in January 2010.
Loading...
or
Not Currently Available for Direct Purchase