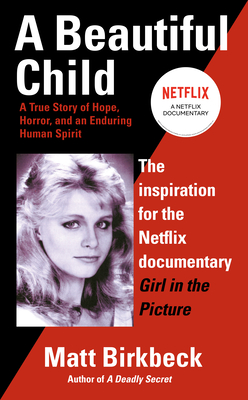 A True Story of Hope, Horror, and an Enduring Human Spirit

Sharon Marshall was a brilliant and beautiful student whose future was filled with promise—until her murderous, fugitive father drew her into a lifetime of deception that became one of the most baffling cases in the annals of American true crime.

A student at Forest Park High School near Atlanta, Georgia, popular blonde-haired Sharon Marshall was at the top of her class. Serving as a Lt. Colonel in the ROTC, she earned a full scholarship to Georgia Tech University to study aerospace engineering. She was the ultimate girl next door, sweet, generous, and well-adjusted. But Sharon had disturbing secrets so shocking and unique, they took more than a decade to unravel...

This is the horrifying true story of a mysterious young woman caught in the violent web of the murderous fugitive she called her father—and a heartrending testament to the profound courage and perseverance of one woman trapped in the grip of extreme evil.

Matt Birkbeck is an award-winning investigative journalist and the author of The Quiet Don, Deconstructing Sammy, and A Beautiful Child. His work has been featured in a host of publications including Reader’s Digest, Playboy, Rolling Stone, the New York Times, the Philadelphia Inquirer, and People magazine. He has appeared on a variety of network and cable news programs, including CNN, ABC’s 20/20, NBC, CBS, and Investigation Discovery, among others, and was celebrated by the New York Times Book Review for his “killer leads, gripping kickers, and sensational descriptions.”
or
Not Currently Available for Direct Purchase
Copyright © 2020 American Booksellers Association