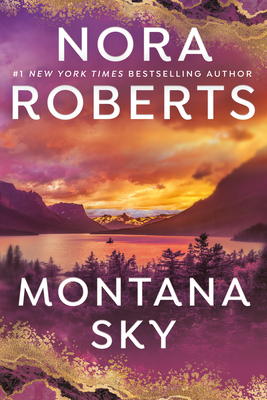 When Jack Mercy died, he left behind a ranch worth nearly twenty million dollars. Now his three daughters—each born of a different mother, and each unknown by the others—are gathered to hear the reading of the will. But the women are shocked to learn that before any of them can inherit, they must live together on the ranch for one year. For Tess, a screenwriter who just wants to collect her cash and get back to Hollywood, it’s a nightmare. For Lily, on the run from her abusive ex, it’s a refuge. And for Willa—who grew up on the ranch—it’s an intrusion into her rightful home.

They are sisters . . . and strangers. Now they face a challenge: to put their bitterness aside and live like a family. To protect each other from danger—and unite against a brutal enemy who threatens to destroy them all. . . .

“A sweeping tale of three sisters who learn to live, and love, as family when they jointly inherit their father’s ranch.”—New Woman

“All six of the major characters are wonderfully written, with just the right touch of genuineness, warmth, and distinctiveness.”—Library Journal

“Roberts has always been a winner at sexual tension and sexy dialogue…a good read on a long winter’s night.”—Kirkus Reviews

“Crackling dialogue and a snappy infusion of humor.”—Publishers Weekly

“[An] epic tale of love, lust, and overpowering passions…Roberts’s fans will no doubt enjoy this work.”—Booklist
or
Buy Here
(This book is on backorder)
Copyright © 2020 American Booksellers Association