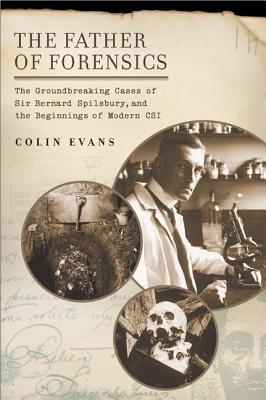 The Father of Forensics

The Groundbreaking Cases of Sir Bernard Spilsbury, and the Beginnings of ModernCSI

Before there was CSI, there was one man who saw beyond the crime-and into the future of forensic science.

His name was Bernard Spilsbury-and, through his use of cutting-edge science, he single-handedly brought criminal investigations into the modern age. Starting out as a young, charismatic physician in early twentieth-century Britain, Spilsbury hit the English justice system-and the front pages-like a cannonball, garnering a reputation as a real-life Sherlock Holmes. He uncovered evidence others missed, stood above his peers in the field of crime reconstruction, exposed discrepancies between witness testimony and factual evidence, and most importantly, convicted dozens of murderers with hard-nosed, scientific proof.

This is the fascinating story of the life and work of Bernard Spilsbury, history's greatest medical detective-and of the cases that not only made him a celebrity, but also inspired the astonishing science of criminal investigation in our own time.