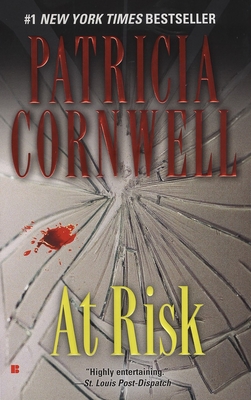 Massachusetts state investigator Win Garano is called home from Knoxville, Tennessee, where he is completing a course at the National Forensic Academy. His boss, the district attorney, attractive but hard-charging, is planning to run for governor, and as a showcase she's planning to use a new crime initiative called At Risk—its motto: “Any crime, any time.” In particular, she's been looking for a way to employ cutting-edge DNA technology, and she thinks she’s found the perfect subject in an unsolved twenty-year-old murder in Tennessee. If her office solves the case, it ought to make them all look pretty good, right?

Win isn't so sure—not sure about anything to do with this woman, really—but before he can open his mouth, a shocking piece of violence intervenes, an act that shakes up both their lives and the lives of everyone around them. It's not a random event. Is it personal? Is it professional? Whatever it is, the implications are very, very bad indeed...and they're about to get much worse.

Praise for At Risk

“Cornwell skillfully blends her characters’ personal and professional lives into a thriller that is neither predictable nor mundane.”—The Canadian Press