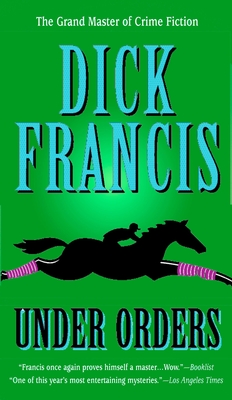 Under Orders (A Dick Francis Novel)

Sid knows the perils of racing all too well, but in his day jockeys didn't usually cross the finish line with three .38 rounds in the chest-which is how he found Huw Walker, the winner of a coveted race only a few hours earlier. Now Halley's quest for answers will push him to his very limits-both on and off the track.