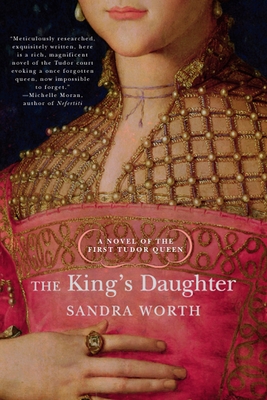 In this groundbreaking novel, award-winning author Sandra Worth vibrantly brings to life the people's Queen, "Elizabeth the Good."

Seventeen-year-old Elizabeth of York trusts that her beloved father's dying wish has left England in the hands of a just and deserving ruler. But upon the rise of Richard of Gloucester, Elizabeth's family experiences one devastation after another: her late father is exposed as a bigamist, she and her siblings are branded bastards, and her brothers are taken into the new king's custody, then reportedly killed.

But one fateful night leads Elizabeth to question her prejudices. Through the eyes of Richard's ailing queen she sees a man worthy of respect and undying adoration. His dedication to his people inspires a forbidden love and ultimately gives her the courage to accept her destiny, marry Henry Tudor, and become Queen. While her soul may secretly belong to another, her heart belongs to England...

Sandra Worth is the award-winning author of six novels chronicling the demise of the Plantagenet dynasty in England and the rise of the Tudors. Five of her novels are the recipients of awards and prizes, including the Romantic Times Reviewers' Choice Award for Best Historical Biography.
Loading...
or
Not Currently Available for Direct Purchase