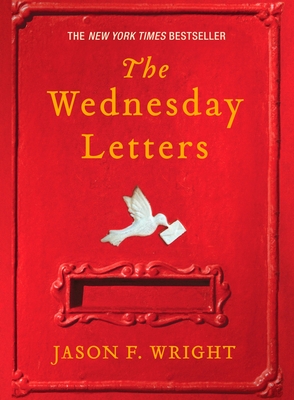 The inspirational story of marriage, family, and forgiveness that has become not just a bestseller but an instant classic—a surprise New York Times bestseller from an author who delivers “American storytelling at its best.”

Their story begins with one letter on their wedding night, a letter from the groom, promising to write his bride every week—for as long they both shall live.

Thirty-nine years later, Jack and Laurel Cooper die in each other’s arms. And when their grown children return to the family B&B to arrange the funeral, they discover thousands of letters.

The letters they read tell of surprising joys and sorrows. They also hint at a shocking family secret—and ultimately force the children to confront a life-changing moment of truth...

Praise For The Wednesday Letters…

“A lovely story: heartening, wholesome, humorous,suspenseful, and redemptive. It resonates with the true meaning of family and the life-healing power of forgiveness all wrapped up in a satisfying ending.”—Publishers Weekly

“Jason’s ability to write compelling fiction is a gift. I am of course writing a letter to my wife of 44 years on Wednesday.”—Kieth Merrill, Academy Award-winning film director