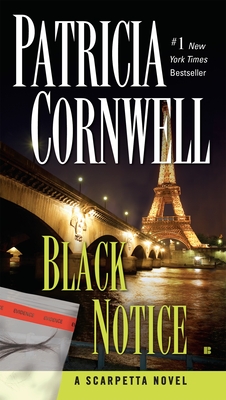 In this #1 New York Times bestseller Dr. Kay Scarpetta is on a deadly mission that will pull her in two opposite directions: toward protecting her career or toward the truth...

Remains were all that was left of the stowaway. He arrived in Richmond’s Deep Water Terminal—the ghastly cargo of a ship from Belgium. The decomposed body gives Chief Medical Examiner Dr. Kay Scarpetta no clues to its identity—or the cause of death. But an odd tattoo soon leads her on an international search to Interpol’s headquarters in Lyon, France—and towards a confrontation with one of the most savage killers of her career...

“When [Scarpetta’s] in one of her cut-’em-up moods, you want to follow her anywhere…a series that keeps picking up velocity.”—The New York Times

“The forensic sequences boom with authority; the brief action sequences explode on the page…A thunderhead of disquietude hangs over this compulsively readable novel, sometimes loosing storms of suspense; but to Cornwell’s considerable credit, the unease arises ultimately not from the steady potential for violence, but from a more profound horror: the vulnerability of a good woman like Kay to a world beset by the corrupt, the cruel, the demonic.”—Publishers Weekly (starred review)

“Cornwell’s latest villain is a wonderful creation…[Her] detail-laden descriptions of autopsies, gleaned from her work experience on the staff of a Virginia chief medical examiner, offers the same kind of unique insight Tom Clancy provides concerning high-tech weaponry…Black Notice is a pleasant step forward…the villain is cracker-jack, the chase is exciting…Good for Patricia Cornwell, and even better for her many fans.”—Fort Worth Star-Telegram

“It is fascinating to watch Scarpetta and her supporting cast…become more and more themselves…especially in such a brilliantly paced adventure as this one.”—Kirkus Reviews