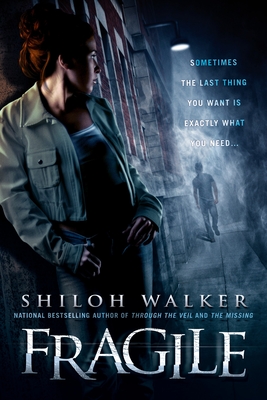 Six years after trading in his combat gear for hospital scrubs, Luke Rafferty is faced with things just as heartbreaking as those on the battlefield. The abused children being brought in by the pretty redheaded social worker tug at his soul like nothing he's ever known.

For Devon Manning, being a social worker is a rewarding job, but also a constant reminder of her own troubled youth. Devon takes everything one day at a time-unable to form a relationship with anyone except the children she rescues.

When Luke meets Devon, he thinks he might have found what he's been looking for, but in order to get the life he wants, Luke has to break through Devon's emotional barriers and make her realize that his healing touch might be just the complication her life needs...

Praise For Fragile (The Rafferty Brothers)…

“Suspense, romance, and an ending that I can’t say anything about—because that would be a spoiler…I recommend reading this one.”—The Best Reviews

Shiloh Walker is the national bestselling author of many novels, including Hunting the Hunter, Hunter's Salvation, and Hunters: Heart and Soul.
Loading...
or
Not Currently Available for Direct Purchase