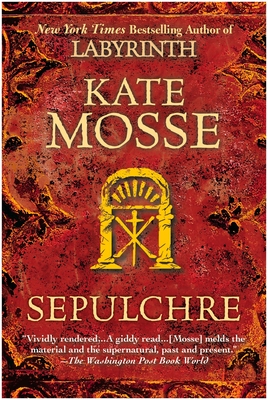 From the New York Times bestselling author of Labyrinth-"a rich brew of supernaturalism and intrigue."(Kirkus Reviews)

In 1891, young Léonie Vernier and her brother arrive at the home of their widowed aunt in Rennes-le-Bains, in southwest France. But nothing is as Léonie had imagined. Their aunt is young, willowy, and beautiful, and the estate is a subject of local superstition. Villagers claim that Léonie's late uncle died after summoning a demon from the old Visigoth sepulchre on its grounds...

More than a century later, Meredith Martin, an American graduate student, arrives in Rennes-le- Bains while researching the life of Claude Debussy. Haunted by a Tarot reading she had in Paris-and possessing the mysterious deck of cards-she checks into a grand old hotel built on the site of a famous mountain estate destroyed by fire in 1896. There, the pack of Tarot cards and a piece of 19th-century music known as Sepulchre 1891 hold the key to her fate-just as they did to the fate of Léonie Vernier.

Praise For Sepulchre (The Languedoc Trilogy #2)…

"This adventure will keep you engrossed."
-Eve Magazine (Britain)

"A sure, deft momentum...the secrets begin to slip out thick and fast."
-Daily Express

"Try this if you enjoyed The Da Vinci Code but fancy something a bit more meaty."
-News of the World

"Mosse does what good popular historical novelists do best-make the past enticingly otherworldly, while also claiming it as our own."
-The Independent

Kate Mosse is the author of the New York Times bestselling Labyrinth and Sepulchre and the Co-founder and Honorary Director of the prestigious Orange Prize for Fiction. She lives in England and France.
Loading...
or support indie stores by buying on