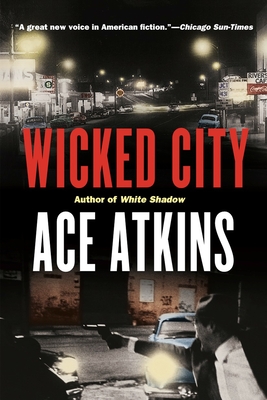 From the New York Times bestselling author of the Quinn Colson series comes a “noir crime classic”(Mystery Ink) about one of the most notorious towns in American history.

When crime-fighting attorney Albert Patterson is gunned down in a Phenix City, Alabama, alley in the spring of 1954, the entire town seems to pause for just a moment—and when it starts up again, there is something different about it. A small group of men meet and decide they have had enough, but what that means and where it will take them is something they could not have foreseen. Over the course of the next several months, lives will change, people die, and unexpected heroes emerge—like “a Randolph Scott western,” one of them remarks, “played out not with horses and Winchesters, but with Chevys and .38s and switchblades.”

Peopled by an extraordinary cast of characters, both real and fictional, Wicked City is a novel of uncommon intensity, rich with atmosphere, filled with sensuality and surprise.

Praise For Wicked City: A Thriller…

“Atkins is a proud torch-bearer of a literary tradition that includes William Faulkner—but there's nothing derivative about this novel, only emergence of a great new voice in American fiction.”—Chicago Sun-Times

“A hot read that's got adroit reportage in the right places—and juicy pulp in the better places.”—San Francisco Chronicle