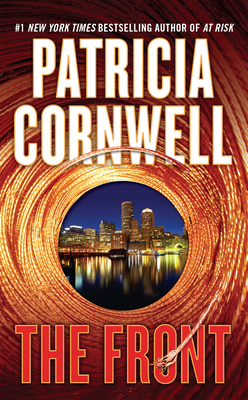 #1 New York Times bestselling author Patricia Cornwell takes readers to a place where what you see can't be believed in this pulse-punding thriller.

DA Monique Lamont has a special job for Massachusetts state investigator Win Garano. As part of a new public relations campaign about the dangers of declining neighborhoods, Lamont is sending Win to Watertown to come up with a “drama,” and she thinks she knows just the case that will serve. Garano is skeptical because he knows that Watertown is also the home base for a loose association of municipal police departments called the FRONT, set up so they aren't dependent on the state—much to Lamont's anger. Win senses a much deeper agenda—but has no idea just how deep it goes. In the days that follow, he'll find Lamont's task. and the places it leads him, will resemble a house of mirrors—everywhere he turns, he's not quite sure if what he's seeing is true.

Praise For The Front (Win Garano #2)…

Patricia Cornwell is considered one of the world's bestselling crime writers. Her intrepid medical examiner Kay Scarpetta first appeared on the scene in 1990 with Postmortem—the only novel to win the Edgar, Creasey, Anthony, and Macavity awards and the French Prix du Roman d'Aventure in a single year—and Cruel and Unusual, which won Britain's prestigious Gold Dagger Award for the best crime novel of 1993. Dr. Kay Scarpetta herself won the 1999 Sherlock Award for the best detective created by an American author. Ms. Cornwell's work is translated into 36 languages across more than 120 countries.
Loading...
or
Not Currently Available for Direct Purchase