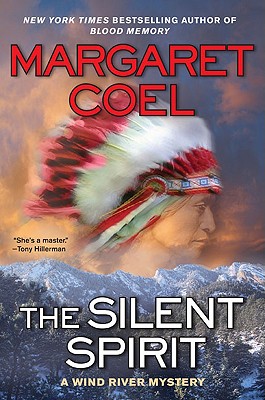 In 1923, Arapahos from the Wind River Reservation were recruited to appear as extras in the silent film The Covered Wagon. But Charlie Wallowingbull never returned home, leaving people to believe he abandoned his wife and unborn son.

Kiki Wallowingbull, Charlie's great-grandson, went to Hollywood determined to uncover the truth behind his great-grandfather's disappearance. But Kiki has been murdered-his frozen body discovered by Father John, and his supposed killer confessing to Vicky that it was self-defense. Together, they must find the connection between two deaths separated by nearly a century.

Margaret Coel is the New York Times bestselling, award-winning author of The Thunder Keeper, The Spirit Woman, The Lost Bird, The Story Teller, The Dream Stalker, The Ghost Walker, The Eagle Catcher, and several works of nonfiction. She has also authored many articles on the people and places of the American West. Her work has won national and regional awards. Her first John O'Malley mystery, The Eagle Catcher, was a national bestseller, garnering excellent reviews from the Denver Post, Tony Hillerman, Jean Hager, Loren D. Estleman, Stephen White, Earlene Fowler, Ann Ripley and other top writers in the field. A native of Colorado, she resides in Boulder.
Loading...
or
Not Currently Available for Direct Purchase