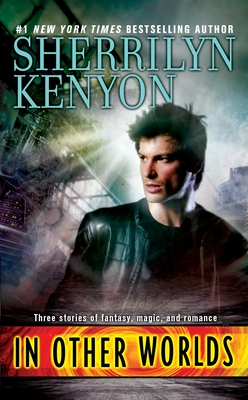 Three dazzling stories of magic, fantasy, and romance from the #1 New York Times bestselling author—together in one volume for the first time.

Only one man can decipher the symbolism of Channon’s legendary Dragon Tapestry: Sebastian, a battle-scarred shapeshifting dragon trapped between two worlds. And Channon has no choice but to follow him into a realm of magic, danger, and adventure.

By running from her past, Livia meets her future—Adron, an ex-assassin brutally scarred by a mission gone wrong. And only Livia has the courage to heal his emotional scars and change both their lives forever.

Betrayed by her boyfriend, Taryn no longer believes in being swept away—until an unlikely hero literally steps out of her paperback novel and into her heart. Is her mind playing beautiful tricks? Or has her fantasy become a reality?

Praise For In Other Worlds…

“The reigning queen of the wildly successful paranormal scene.”—Publishers Weekly

“Kenyon delivers the goods readers have come to expect and more.”—Booklist