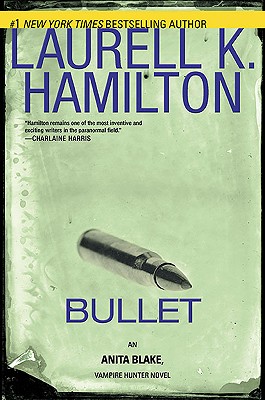 Watch a video "The music came back up and the next group of little girls, slightly older, came out. There was a lot of that in the next hour and change. I liked dance, and it was no reflection on the kids, but my will to live began to seep away on about the fifth group of sequined children... "
Anita Blake is back in St. Louis and trying to live a normal life-as normal as possible for someone who is a legal vampire executioner and a U. S. Marshal. There are lovers, friends and their children, school programs to attend. In the midst of all the ordinary happiness a vampire from Anita's past reaches out. She was supposed to be dead, killed in an explosion, but the Mother of All Darkness is the first vampire, their dark creator. It's hard to kill a god. This dark goddess has reached out to her here-in St. Louis, home of everyone Anita loves most. The Mother of All Darkness has decided she has to act now or never, to control Anita, and all the vampires in America.
The Mother of All Darkness believes that the triumvirate created by master vampire Jean-Claude with Anita and the werewolf Richard Zeeman has enough power for her to regain a body and to immigrate to the New World. But the body she wants to possess is already taken. Anita is about to learn a whole new meaning to sharing her body, one that has nothing to do with the bedroom. And if the Mother of All Darkness can't succeed in taking over Anita's body for herself, she means to see that no one else has the use of it, ever again. Even Belle Morte, not always a friend to Anita, has sent word: "Run if you can...

Laurell K. Hamilton is a full-time writer and mother. Her bestselling Anita Blake, Vampire Hunter novels include "Narcissus in Chains," "Obsidian Butterfly," "Blue Moon," "Burnt Offerings," "The Killing Dance," "Bloody Bones," "The Lunatic Cafe," "Circus of the Damned," "The Laughing Corpse," and "Guilty Pleasures." She is also the author of "A Kiss of Shadows" and "A Caress of Twilight." She lives in a suburb of St. Louis with her family."
Loading...
or
Not Currently Available for Direct Purchase