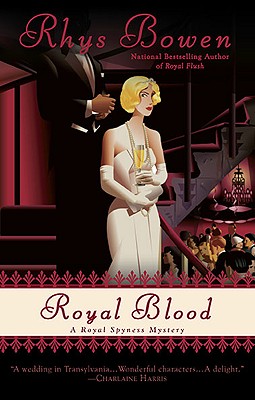 With her hateful brother Binky in town, Lady Georgiana has been desperately seeking an escape. So when an invitation from the Queen arrives to represent the royals at a wedding in Transylvani-legendary home of vampires-Georgiana is delighted to accept. But when the bride starts acting a little batty and a prominent wedding guest is poisoned, something must be done lest the couple's vows become "till undeath do they part..."

Rhys Bowen has been nominated for every major award in mystery writing, including the Edgar(R), and has won seven, including both Agatha and Anthony awards. She is also the author of the Molly Murphy Mysteries set in turn-of-the-century New York, and the Constable Evans Mysteries set in Wales. She was born in England and lives in Northern California.
or
Not Currently Available for Direct Purchase