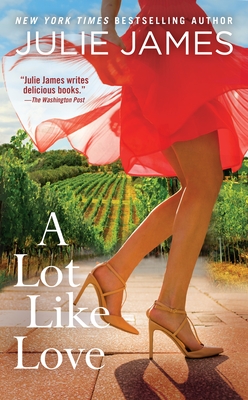 An FBI agent and an heiress have to get up close and personal on an undercover assignment in this thrilling romance from the author of The Thing About Love.

As the daughter of a billionaire and the owner of the city’s top wine store, Jordan Rhodes is invited to the most exclusive parties in Chicago. But there’s only one party the FBI wants to crash: the charity fund-raiser of a famous restaurateur, who also happens to launder money for the mob. In exchange for her brother’s release from prison, Jordan is going to be there—with a date supplied by the Bureau.

As the top undercover agent in Chicago, Nick McCall has one rule: never get personal. This “date” with Jordan Rhodes is merely an assignment—one they’re both determined to pull off even if they can’t be together for five minutes before the sarcasm and sparks begin to fly. But when Nick’s investigation is compromised, he and Jordan have no choice but to pretend they’re a couple, and what starts out as a simple assignment begins to feel a lot like something more...

Praise For A Lot Like Love (An FBI/US Attorney Novel)…

“You’ll fall head over heels for A Lot Like Love.”—USA Today

“Julie James rocks! You’ll laugh out loud and wish you had an FBI agent of your own.”—Sandra Hill, New York Times bestselling author

More Praise for the Novels of Julie James

“It's easy to see why [James'] books have such a wide appeal.”—USAToday.com

“A tantalizing dessert—a delicious, delightful read that all hopeless romantics will enjoy.”—Chicago Sun-Times

After graduating from law school, New York Times bestselling author Julie James clerked for the United States Court of Appeals. She then practiced law with one of the nation’s largest firms for several years until she began writing screenplays. After Hollywood producers optioned two of her scripts, she decided to leave the practice of law to write full-time. Julie’s books have been listed on the American Library Association’s Reading List for Top Genre Novels and Booklist’s Top 10 Romances of the Year, and have been featured as one of Cosmopolitan magazine’s Red-Hot Reads. They have been translated into seventeen languages. Julie lives with her husband and two children in Chicago, where she is currently working on her next book.
Loading...
or
Not Currently Available for Direct Purchase