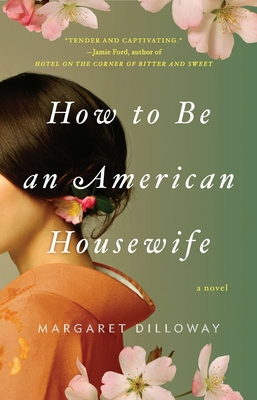 How to Be an American Housewife

“You will love this story of Shoko, a Japanese woman who marries an American soldier at the end of World War II and travels to America to become the perfect housewife. Shoko's plan to reunite with her brother in Japan is put on hold because of health problems, and she sends her daughter and granddaughter instead for the visit that reveals family secrets and leads to forgiveness.”
— Beth Carpenter, The Country Bookshop, Southern Pines, NC
View the List

A mother-daughter story about the strong pull of tradition, and the lure and cost of breaking free of it.

When Shoko decided to marry an American GI and leave Japan, she had her parents' blessing, her brother's scorn, and a gift from her husband-a book on how to be a proper American housewife.

As she crossed the ocean to America, Shoko also brought with her a secret she would need to keep her entire life...

Half a century later, Shoko's plans to finally return to Japan and reconcile with her brother are derailed by illness. In her place, she sends her grown American daughter, Sue, a divorced single mother whose own life isn't what she hoped for. As Sue takes in Japan, with all its beauty and contradictions, she discovers another side to her mother and returns to America unexpectedly changed and irrevocably touched.

Margaret Dilloway was inspired by her Japanese mother's experiences when she wrote this novel, and especially by a book her father had given to her mother called The American Way of Housekeeping. Dilloway lives in Hawaii with her husband and their three young children. Her blog, American Housewife, can be found on her website, www.margaretdilloway.com.
Loading...
or support indie stores by buying on