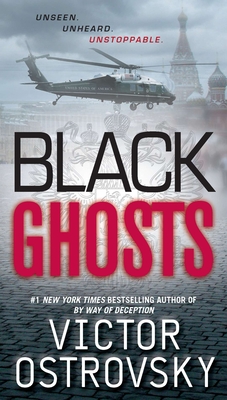 They are known as the Black Ghosts. Relics of the cold war, they were elite KGB operatives placed in strategic positions throughout the Russian government in case of an attempted coup. Their ominous threat was broken when their commander, the cunning General Peter Rogov, was arrested and imprisoned.

Now, Rogov has returned. Reactivating his shadowy network of spies, assassins, and nearly-forgotten sleeper agents in the West, his aim is to overthrow the powers-that-be and restore the sleeping bear of Russia to her former glory. And he will declare his might to the world by doing the impossible.

Victor Ostrovsky is a #1 New York Times bestselling author. He was born in Canada and raised in Israel. At eighteen he became the youngest officer in the Israeli military at the time, eventually rising to the rank of lieutenant commander in charge of naval weapons testing. He was a Mossad case officer from 1982 to 1986.
Loading...
or
Not Currently Available for Direct Purchase