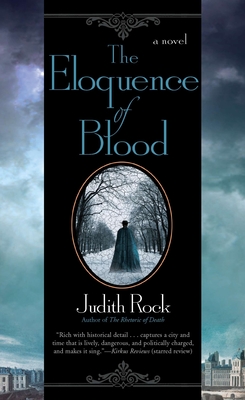 The Eloquence of Blood (A Charles du Luc Novel #2)

Christmas in Paris, 1686. The spirit of the season is shattered when Martine Mynette is murdered while trying to prove that she is the adopted daughter of the last surviving Mynette heir and thus claim her inheritance-money that the family otherwise intended to go to the Jesuit school, Louis le Grand.

Now, with Jesuits being implicated in Martine's death, rhetoric teacher Charles du Luc will not rest until he finds her murderer...

Judith Rock is a former professional dancer, and has written on dance, art, and theology for many journals. She has been artist-in- residence and taught and lectured at colleges, seminaries, and conferences across the U.S. and abroad. She was also a police officer in both Minnesota and New York City. She now lives in Sarasota, Florida.
Loading...
or
Not Currently Available for Direct Purchase