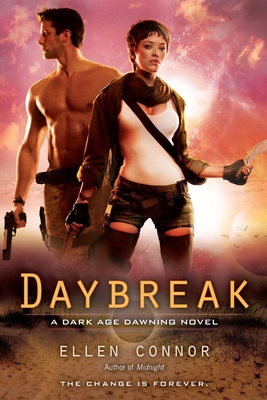 It's been twelve years since the Change, and Penelope Sheehan is one of the few still practicing magic for the good of humanity in this dark, dangerous world. But she needs the help of a shapeshifter named Tru, whom she knew when he was a troubled boy. But Tru is a creature of instinct and impulse, living only to satisfy his senses- ignoring the scarred heart nobody has ever reached. Fighting alongside the last holdouts of humanity, they will unleash a passion that tempts them to risk everything for love. But if they succeed, Tru and Pen hold the power to brighten the Dark Age for all time.

“A masterful story based in an intriguing dystopian world.”—Fresh Fiction

“A strong postapocalyptic thriller. Extremely fast-paced throughout, yet vividly descriptive of the dark landscape, and starring two fascinating heroes.”—Genre Go Round Reviews