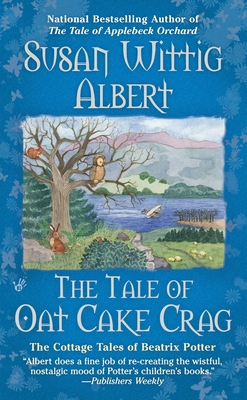 Miss Beatrix Potter has returned to Near Sawrey, where her friend Grace has been receiving anonymous letters that threaten her good name and her plans to marry. Beatrix must investigate quietly so as not to arouse village gossip. There is also the matter of Beatrix's own romantic future-as she's been offered a second chance at love.

Susan Wittig Albert grew up on a farm in Illinois and earned her Ph.D. at the University of California at Berkeley. A former professor of English and a university administrator and vice president, she is the author of the China Bayles Mysteries, the Darling Dahlias Mysteries, and the Cottage Tales of Beatrix Potter. Some of her recent titles include Widow’s Tears, Cat’s Claw, The Darling Dahlias and the Confederate Rose, and The Tale of Castle Cottage. She and her husband, Bill, coauthor a series of Victorian-Edwardian mysteries under the name Robin Paige, which includes such titles as Death at Glamis Castle and Death at Whitechapel.
or
Buy Here
Copyright © 2020 American Booksellers Association