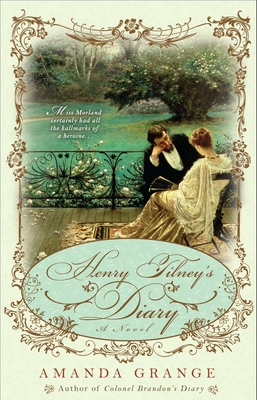 At the age of four and twenty, Henry is content with his life as a clergyman, leaving his older brother Frederick to inherit Northanger Abbey. But General Tilney is determined to increase the family's means by having all three of his children marry wealthy partners.

During a trip to Bath, Henry meets the delightful Miss Catherine Morland and believes he may have found the woman he's been looking for, although she has no great fortune. When the General takes an unusual liking to Catherine and invites her to visit the Abbey, Henry is thrilled. But just as in the Gothic novels Henry loves, not everything is as it seems...

Amanda Grange has written many historical and Regency novels. She lives in England.
Loading...
or
Not Currently Available for Direct Purchase