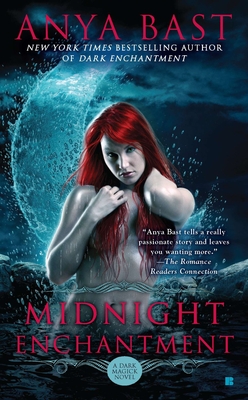 Niall Quinn, mage and the finest thief in the Black Tower, is the fae's best hope for freedom. But he meets his match in Elizabeth Cely Saintjohn. Torn between his duty and the shocking lust Elizabeth has stirred in him, Niall must convince her to surrender-before he is forced to destroy her and all she holds dear...

Anya Bast lives in the country with her Belgian husband, their tornado toddler of a daughter, and more cats, dogs, and rabbits than is sane. Ever since she was a little girl, Anya has told stories (much to her mother's dismay). She's happy to finally be making a career out of it. A native of one of the colder states, she loves to ice skate and watch hockey. She has fascination for crows, ravens and birds of prey. She enjoys the study of Eastern philosophy, Celtic myth, dreaming, and shamanism and occasionally incorporates what she learns into her paranormal stories. She works part time as a data base editor and French translator.
Loading...
or
Not Currently Available for Direct Purchase