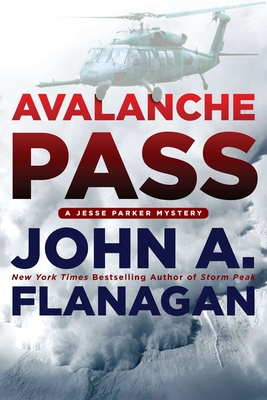 By John A. Flanagan

When guests and staff at a snowbound ski lodge in Utah are taken hostage by heavily armed men, Jesse Parker may be their only hope. Jesse has left Steamboat Springs to try to salvage his career after a horrific skiing accident-but finds his refuge has turned into a war zone.

One of the hostages is a U.S. senator, so FBI Agent Denton Colby is sent to Utah to negotiate a ransom. But the head of the hostage-takers is playing a dangerous game. As his demands become increasingly erratic-and half the hostages are mercilessly killed-Colby suspects that money may not be what he's really after.

Unbeknownst to Colby, they do have a man on the inside-Jesse has remained undetected, and with the help of a female security officer he may be able to stop these cold-blooded captors in their tracks...

John Flanagan grew up in Sydney, Australia hoping to be a writer. It wasn’t until he wrote a highly uncomplimentary poem about a senior executive at the agency he worked, however, that his talent was revealed. It turned out one of the company directors agreed with John’s assessment of the executive, and happily agreed to train John in copywriting.

After writing advertising copy for the next two decades, John teamed with an old friend to develop a television sitcom, Hey Dad!, which went on to air for eight years.

John began writing Ranger’s Apprentice for his son, Michael, ten years ago, and is still hard at work on the series. He currently lives in the suburb of Manly, Australia, with his wife. In addition to their son, they have two grown daughters and four grandsons.