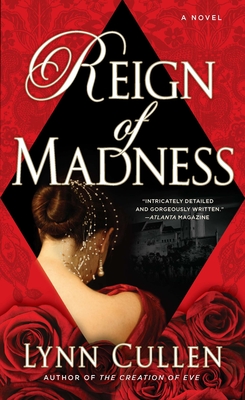 From the author of The Creation of Eve, “an intoxicating tale of love, betrayal and redemption,”* comes a novel of passion and madness, royal intrigue and marital betrayal, set during the Golden Age of Spain.

Juana of Castile, third child of the Spanish monarchs Isabel and Fernando, grows up with no hope of inheriting her parents’ crowns, but as a princess knows her duty: to further her family’s ambitions through marriage. When she weds the Duke of Burgundy, a young man so beautiful that he is known as Philippe the Handsome, she dares to hope that she might have both love and crowns. He is caring, charming, and attracted to her—seemingly a perfect husband.

But when Queen Isabel dies, the crowns of Spain unexpectedly pass down to Juana, leaving her husband and her father hungering for the throne. Rumors fly that the young Queen has gone mad, driven insane by possessiveness. Locked away in a palace and unseen by her people for the next forty-six years, Juana of Castile begins one of the most controversial reigns in Spanish history, one that earned her the title of Juana the Mad.

A Best of the South 2011 selection by Atlanta Journal Constitution


Praise For Reign of Madness…

“From such rich history, Cullen imagines an even richer fiction…[She] has created another masterstroke of historical romance. In full service to the story, perfect sentences are strung together like so many pearls.”

“One of the greatest love stories I have ever read…Captivating.”

Lynn Cullen is the author of The Creation of Eve, named among the best fiction books of 2010 by the Atlanta Journal-Constitution. She is also the author of numerous award-winning books for children, including the young adult novel I am Rembrandt’s Daughter, which was an ALA Best Book of 2008. An avid traveler and historian, Cullen lives in Atlanta.