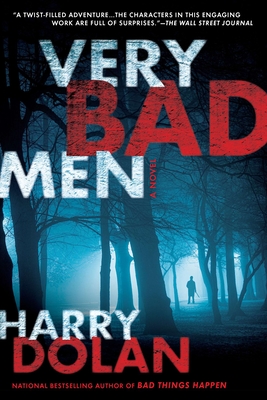 From the national bestselling author of Bad Things Happen—the debut that Stephen King called a “great f***ing book”—comes a new crime novel that will blow readers away…
ANTHONY LARK has a list of names—Terry Dawtrey, Sutton Bell, Henry Kormoran. To his eyes, the names glow red on the page. They move. They breathe. The men on the list were once involved in a notorious robbery. And now Lark is hunting them, and he won’t stop until every one of them is dead.

DAVID LOOGAN—editor of the mystery magazine Gray Streets—is living a quiet life in Ann Arbor, Michigan, with Detective ELIZABETH WAISHKEY and her daughter. But soon David and Elizabeth are drawn into Lark’s violent world. As Elizabeth works to track Lark down, David befriends Lucy Navarro, a reporter with a crazy theory about the case that threatens to implicate some very powerful people. And when Lucy disappears, David decides her theory may not be so crazy after all

"A twist-filled adventure…The characters in this engaging work are full of surprises."

“Very Bad Men is the mystery of the summer—totally top-shelf…Simply great storytelling."

“The rare crime novel with something for everyone who reads crime fiction.”

Harry Dolan graduated from Colgate University, where he majored in philosophy and studied fiction-writing with the novelist Frederick Busch. He earned a master’s degree in philosophy from the University of North Carolina at Chapel Hill and currently works as a freelance editor. He grew up in Rome, New York, and now lives in Ann Arbor, Michigan, with his partner Linda Randolph.
Loading...
or
Not Currently Available for Direct Purchase