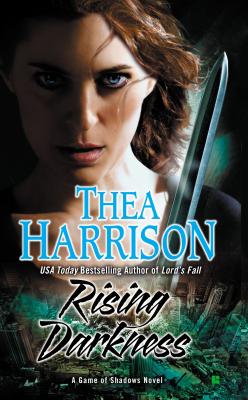 USA Today bestselling author Thea Harrison begins an all-new, darkly romantic paranormal saga, in which the fate of existence itself lies in the balance—and the key to victory may rest in the hands of two eternal lovers…

In the hospital ER where she works, Mary is used to chaos. But lately, every aspect of her life seems adrift. She’s feeling disconnected from herself. Voices appear in her head. And the vivid, disturbing dreams she’s had all her life are becoming more intense. Then she meets Michael. He’s handsome, enigmatic and knows more than he can say. In his company, she slowly remembers the truth about herself…

Thousands of years ago, there were eight of them. The one called the Deceiver came to destroy the world, and the other seven followed to stop him. Reincarnated over and over, they carry on—and Mary finds herself drawn into the battle once again. And the more she learns, the more she realizes that Michael will go to any lengths to destroy the Deceiver.

Then she remembers who killed her during her last life, nine hundred years ago…Michael.

Praise For Rising Darkness (A Game of Shadows Novel #1)…

A debut author at the age of nineteen, Thea Harrison had sixteen romances published under another name before she took a break to collect a couple of graduate degrees and a grown child. She’s back with the Novels of the Elder Races series, a new paranormal romance series, as well as the Game of Shadows series.
Loading...
or
Not Currently Available for Direct Purchase