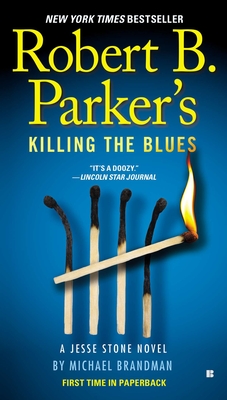 It’s tourist season in Paradise, Massachusetts. With it comes a baffling and violent crime wave that has residents on edge. It’s also brought a mysterious figure who’s stirring up troubling memories for Chief of Police Jesse Stone—especially when it appears the stranger is out for revenge.

Robert B. Parker was the author of seventy books, including the legendary Spenser detective series, the novels featuring Chief Jesse Stone, and the acclaimed Virgil Cole/Everett Hitch westerns, as well as the Sunny Randall novels. Winner of the Mystery Writers of America Grand Master Award and long considered the undisputed dean of American crime fiction, he died in January 2010. Michael Brandman, the award-winning producer of more than thirty motion pictures, collaborated with Robert B. Parker for years on movie projects, the Spenser TV movies, and the Jesse Stone series of TV movies starring Tom Selleck. Brandman co-wrote the screenplays for Stone Cold, No Remorse, and Innocents Lost, and supervised the screenplay adaptations of Night Passage, Death in Paradise, and Sea Change. He and Selleck were executive producers of the entire series.

Praise For Robert B. Parker's Killing the Blues (A Jesse Stone Novel #10)…

“It's a doozy…Michael Brandman shows that the standard that Parker set is still there…it all moves at a very fast pace.”--Lincoln Journal Star

“The mysteries are solved in Jesse's inimitable style, and he even has a little time for a new romantic interest…I love it! Killing the Blues will join the other favorites on my Robert B. Parker bookcase.”--Bookreporter.com