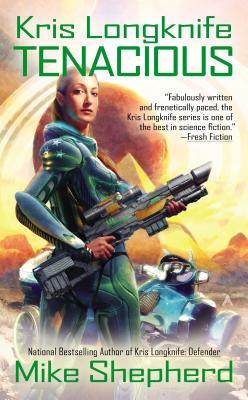 There’s no rest for a Longknife—even if you’re a newlywed. Vice Admiral Kris Longknife’s honeymoon gets cancelled when she hears that the space raider’s home world may have been discovered. Finding where the raiders came from could be the key to saving humanity. If only uncovering their secrets was that easy…

As Kris returns home, she ends up tangling with a mutinous crew determined to take off on their own. The dissident group leads Kris straight into a new mess—a system filled with strange, deadly enemies poised to wipe another sentient civilization out of existence. Kris and her squadron are ready to prevent total annihilation, but the mutineers have other plans…

Praise for the Kris Longknife novels

“Fabulously written and frenetically paced, the Kris Longknife series is one of the best in science fiction.”—Fresh Fiction

“Kris can kick, shoot, and punch her way out of any dangerous situation, and she can do it while wearing stilettos and a tight cocktail dress.”—Sci Fi Weekly