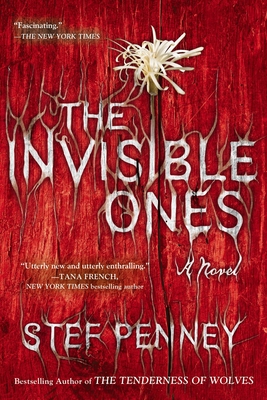 “Penney delves deep into the Ronany world in this story of the search for a Gypsy woman who has disappeared. As the detective who seeks her discovers, each revelation leads to even more questions. His narrative alternates with that of a young boy to provide contrasting and conflicting perspectives that increase the tension and mirror the intricacies of the unique world being portrayed. Penny succeeds in both exposing myths and crafting a compelling mystery in this satisfying read.”
— Bill Cusumano, Nicola's Books, Ann Arbor, MI
View the List

In a hospital bed, small-time private detective Ray Lovell veers between paralysis and delirium. But before the accident that landed him there, he’d been hired to find Rose Janko, the estranged daughter of a traveling Gypsy family, who went missing seven years earlier.

Half Romany himself, Ray is well aware that he’s been chosen more for his blood than for his investigative skills. Still, he’s surprised by the intense hostility he encounters from the Jankos, who haven’t had an easy past. Touched by tragedy, they’re either cursed or hiding a terrible secret—the discovery of which Ray can’t help suspecting is connected to Rose’s disappearance…

Seamlessly toggling between Ray’s past and present, and the perspective of the missing woman’s young nephew JJ, Stef Penney builds a gripping page-turner that doesn’t let go until its shocking end.


Praise For The Invisible Ones…

“Penney gives her plot plenty of twists and saves the best for the end, with a truly unforeseen and unpredictable conclusion.”—Kirkus Reviews

Stef Penney’s debut novel, The Tenderness of Wolves, was a national bestseller and the recipient of the prestigious Costa Book Award in 2006. Penney, who was born and raised in Edinburgh, Scotland, is also a screenwriter.
Loading...
or
Not Currently Available for Direct Purchase