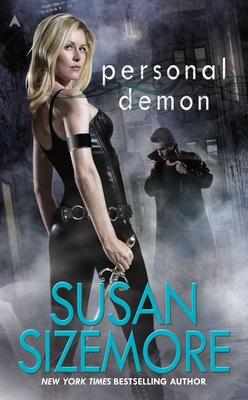 In a community kept hidden, the Enforcers are an elite group of vampires sworn to serve and protect their kind—and follow the Laws of the Blood…

As one of Chicago’s vampire hunters, Ivy Bailey is responsible for keeping the city’s human residents safe—a job that becomes infinitely harder when someone starts committing gruesome acts of magical murder. But what Ivy doesn’t realize is that she is a hunter being hunted…

Vampire Enforcer Christopher Bell is in Chicago to investigate rumors of a revolution, but when he comes across Ivy being followed through dark streets, what he finds is a ghost from his past. Over a century ago, Christopher fought the vicious London serial killer Jack the Ripper—and won. But now, the Ripper’s tainted soul is back—on the hunt once more.

Ivy insists she doesn’t need protection—especially from a vampire Enforcer. But soon, Christopher finds himself in the middle of a fight between demons and mortals, watching over the frustrating woman who has managed to stir his undead heart….

Susan Sizemore is the New York Times bestselling, award-winning author of The Vampire Primes paranormal romance series, the urban fantasy Laws of the Blood series and numerous historical, contemporary and futuristic romances. She has numerous short stories in many anthologies.

Praise For Personal Demon (Laws of the Blood #6)…

Praise for the novels of Susan Sizemore:

“Any lover of vampire fiction would be well advised to sample Sizemore’s wares.” —Rambles
or
Not Currently Available for Direct Purchase
Copyright © 2020 American Booksellers Association