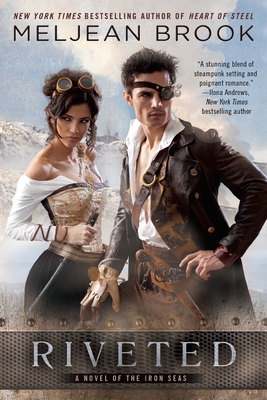 
Praise For Riveted (A Novel of the Iron Seas #3)…

Meljean Brook is the author of the Guardian paranormal romance series and Iron Seas steampunk series.
Loading...
or
Not Currently Available for Direct Purchase