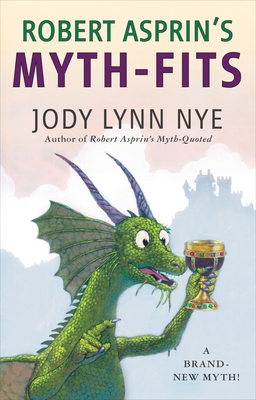 Business is slow for M.Y.T.H., Inc., and its president, Bunny, is getting nervous that the company might not meet its quarterly goal. So when a job comes in that’s worth an absurd amount of gold—and also happens to take them to Winslow, the most luxurious vacation resort in any dimension—the team jumps at the opportunity to recoup some cash and maybe catch some R&R.

Only, magician Skeeve has an unsettling feeling that this mission might be trickier than it seems. Someone in Winslow is messing with the magic lines and working hard to ensure that the M.Y.T.H. crew gets nowhere near the powerful relic that they’ve been hired to find. And as the mysterious manipulation turns deadly, Skeeve, Bunny, Aahz, and the rest of their partners find themselves in a race not only to finish the job but also to escape paradise alive…

“Give yourself the pleasure of working through the series.”—The Washington Times

“Breezy, pun-filled fantasy in the vein of Piers Anthony’s Xanth series . . . A hilarious bit of froth and frolic.”—Library Journal

Jody Lynn Nye is an established science fiction and fantasy author who collaborated on seven Myth-Adventures books and an anthology with Robert Asprin and now writes both the Myth-Adventures and Dragons Wild series, including Robert Aspirin’s Dragon’s Run.

Robert Asprin was the author of the Myth-Adventures, Phule's Company, and Dragons Wild series. He passed away in May of 2008 in his hometown of New Orleans.
Loading...
or
Not Currently Available for Direct Purchase