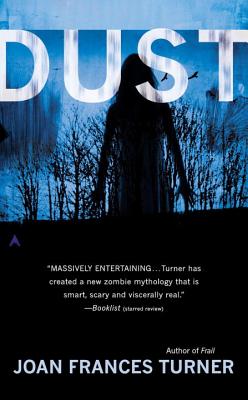 What happens between death and life can change a girl. Jessie is a zombie. And this is her story . . .

Nine years ago, Jessie was in a car crash and died. After she was buried, she awoke and tore through the earth to arise, reborn, as a zombie. And there are others—gangs of undead roaming the Indiana woods, fighting, hunting, hidden.

But when a mysterious illness threatens the existence of both zombies and humans, Jessie must decide whether to stay and fight or flee to survive . . .

Joan Frances Turner was born in Rhode Island and grew up in the Calumet region of northwest Indiana. A graduate of Brown University and Harvard Law School, she lives near the Indiana Dunes with her family and a garden full of spring onions and tiger lilies, weather permitting.  She is also the author of Frail, the follow-up to Dust.
Loading...
or
Not Currently Available for Direct Purchase