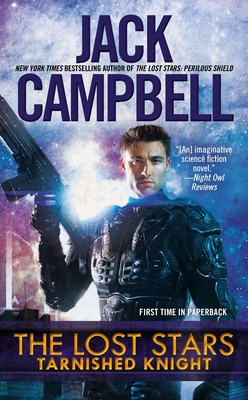 CEO Artur Drakon has been betrayed. The Syndicate Worlds’ government failed to protect its citizens from both the Alliance and the alien enigmas. With a cadre of reliable soldiers under his command, Drakon launches a battle for control of the Midway Star System—assisted by an ally he’s unsure he can trust…

CEO Gwen Iceni was exiled to Midway because she wasn’t ruthless enough in the eyes of her superiors. She proved them wrong by commandeering some of the warships at Midway and declaring the star system’s independence on behalf of the people though staying in charge as “President.” But while she controls the mobile fleet, she has no choice but to rely on “General” Drakon’s ground forces to keep the peace planet-side.

If their coup is to succeed, Drakon and Iceni must put their differences aside to prevent the population of Midway from rebelling against them, to defend their star system from the enigmas—and to ferret out saboteurs determined to reestablish Syndic rule…

Jack Campbell is the pen name of John G. Hemry, a retired naval officer who graduated from the U.S. Naval Academy in Annapolis before serving with the surface fleet and in a variety of other assignments. He is the author of The Lost Fleet series as well as the Stark’s War series and the Paul Sinclair series. His short fiction appears frequently in Analog magazine. He lives with his indomitable wife and three children in Maryland.

“[An] imaginative science fiction novel…A chilling depiction of a society where one is always being spied upon.”—Night Owl Reviews

“As can be expected in a Jack Campbell novel, the military battle sequences are very well done, with the land-based action adding a new dimension…Fans of The Lost Fleet series will…enjoy this book.”—SFcrowsnest