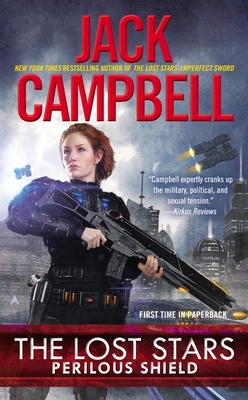 Following a successful coup against the tyrannical Syndicate, the leaders of the rebel Midway Star System work to forge a government free enough to please its citizens yet strong enough to secure power. But in a world where former rulers have become new foes, an alien threat to humanity may turn old adversaries into uncertain allies.

President Gwen Iceni believes Midway is their only defense against the enigmas. Syndicate training taught her self-preservation in a crisis, yet she’s determined to fight for the star system’s fate…even if it means joining forces with another former Syndicate CEO—and an officer of the hated Alliance.

Despite General Artur Drakon’s misgivings, he partnered with Iceni to overthrow Syndic forces. Now, with an enigma fleet menacing their hard-earned independence, he can ill afford to trust her—or lose her support. But in the back of his mind, there are three words that describe someone who confides in a Syndicate CEO: Stupid. Betrayed. Dead.

Praise for The Lost Stars series

“There is one thing Jack Campbell really does very well indeed [and] it is writing space battles. They are fabulous, and there are enough here to give you a real taste of what it would be like to be up there and shot at.”—SFcrowsnest

“Campbell maintains the military, political, and even sexual tension with sure-handed proficiency…[He] focuses on the human element: two strong, well-developed characters locked in mutual dependence, fumbling their way toward a different and hopefully brighter future. What emerges is a fascinating and vividly rendered character study, fully and expertly contextualized.”—Kirkus Reviews (starred review)

“Brilliant…Jack Campbell runs a strong saga shown from the viewpoints of the Syndicate at a time when the vicious totalitarian military regime teeters on the brink of total collapse.”—Genre Go Round Reviews

“Jack Campbell” is the pen name of John G. Hemry, a retired naval officer who graduated from the U.S. Naval Academy in Annapolis before serving with the surface fleet and in a variety of other assignments. He is the New York Times bestselling author of The Lost Fleet series as well as the Stark’s War series and the Paul Sinclair series. His short fiction appears frequently in Analog magazine. The Lost Stars series includes Tarnished Knight and Imperfect Sword.
Loading...
or support indie stores by buying on
(This book is on backorder)