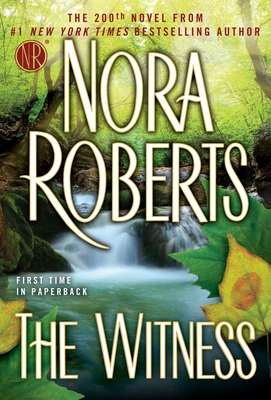 In her stunning 200th novel, #1 New York Times bestselling author Nora Roberts proves why no one is better “when it comes to flawlessly fusing high-stakes suspense with red-hot romance" (Booklist, starred review).

Daughter of a cold, controlling mother and an anonymous donor, studious, obedient Elizabeth Fitch finally let loose one night, drinking too much at a nightclub and allowing a strange man’s seductive Russian accent to lure her to a house on Lake Shore Drive.

Twelve years later, the woman now known as Abigail Lowery lives alone on the outskirts of a small town in the Ozarks. A freelance security systems designer, her own protection is supplemented by a fierce dog and an assortment of firearms. She keeps to herself, saying little, revealing nothing. Unfortunately, that seems to be the quickest way to get attention in a tiny southern town.

The mystery of Abigail Lowery and her sharp mind, secretive nature and unromantic viewpoint intrigues local police chief Brooks Gleason, on both a personal and professional level. And while he suspects that Abigail needs protection from something, Gleason is accustomed to two-bit troublemakers, not the powerful and dangerous men who are about to have him in their sights.

And Abigail Lowery, who has built a life based on security and self-control, is at risk of losing both.

Praise For The Witness…

“Roberts’ answer to The Girl with the Dragon Tattoo.”—Kirkus Reviews

“Roberts is unrivaled, and her latest addictively readable novel is guaranteed to jangle readers’ nerves and keep them enthralled long past bedtime.”—Booklist (starred review)

“One of Roberts's cleverest heroines yet, this intricately dramatic book only confirms that Roberts is a master of the genre.”—Publishers Weekly

“Nora Roberts has done it again, proving once more that she is reigns supreme.”—thenewstribune.com

Nora Roberts is the #1 New York Times bestselling author of more than 200 novels. She is also the author of the bestselling In Death series written under the pen name J. D. Robb. There are more than 500 million copies of her books in print. The Witness is Robert’s two hundredth book.
Loading...
or support indie stores by buying on