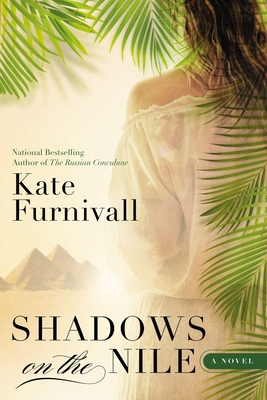 Shadows on the Nile

1912 London. Jessie Kenton hears her young brother, Georgie, scream in the middle of the night and wakes up the next morning to find him gone. Her parents never speak of him again.

1932. Twenty years later, Jessie is haunted by the same nightmare. Her other brother, Timothy, has inexplicably vanished from her parents’ home. Wracked by guilt because of her failure to ever find Georgie, and convinced that the two events must be related, she sets out on a quest to find Timothy. She plunges into a mysterious world of séances and mystics, nebulous clues and Egyptian artifacts.

With the help of a dashing and impoverished aristocrat, Sir Montague Chamford, Jessie follows the trail into the alien, swirling sands of the Egyptian desert. Amid the ancient intrigue and blistering heat, a powerful romance sparks between Jessie and Monty. But they must first confront the demons of Jessie’s past—and reveal the dark secrets that threaten not only Timothy’s life but theirs as well.

Praise For Shadows on the Nile…

Praise for the novels of Kate Furnivall

“An engrossing read on many levels.”—Publishers Weekly

"One of the year’s best reads.”—Booklist

Kate Furnivall was born in Wales and currently lives in Devon, England. Married and the mother of two sons, she has worked in publishing and television advertising. She is the national bestselling author of The White Pearl, The Jewel of St. Petersburg, The Girl from Junchow, The Red Scarf, and The Russian Concubine.

Sir Arthur Conan Doyle’s Sherlock Holmes books play a prominent role in Shadows on the Nile. When Tim took Jessie to the British Museum, she said, “Lead on, my intimate friend and associate.” How is this Sherlock Holmes quote a theme for the book? How are the stories of Sherlock Holmes a catalyst for the plot development?

Timothy Kenton’s girlfriend tells Jessie that her brother considers her his uraeus, the cobra on a pharaoh’s headdress to protect him from harm. How is Jessie Tim’s protector? Are there other protectors in the story?

Shadows on the Nile is set in 1932. Would the story be different if it took place in the present day? If so, how?

Jessie and Monty witness a riot in London protesting the Means Test. Fareed and his men are rebelling against British colonialism in Egypt. How is Jessie caught in the middle of both rebellions? How does each affect the plot?

When Jessie finds out that Tim is missing, she thinks, “You have no idea what my brother means to me. You have no idea that losing Timothy is like losing part of myself.” Is there anyone in your life who you would risk your life to save? Why do you think Jessie feels so strongly, and how does it affect her actions? Discuss.

Why do you think the author chose to include chapters from Georgie’s point of view? How does this make the book different than if it had all been in an objective voice?

At the end of the book the reader discovers that Georgie believes he needs to earn back Jessie’s love. Why do you think he feels this way?

Would you describe this book as a historical romance, a mystery, or both? Which genre do you think is most relevant? Why?

Jessie’s mother says about Georgie, “That boy is incapable of love.” Do you agree or disagree? Why?