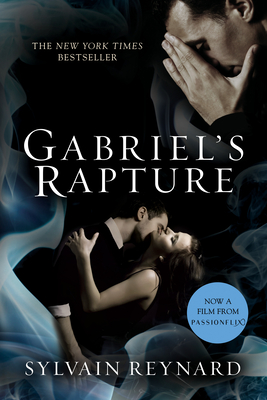 New York Times bestselling author Sylvain Reynard continues the story of Gabriel and Julia, two lovers bound together by their darkest desires. But those very desires may destroy them....

Professor Gabriel Emerson has embarked on a passionate, yet clandestine affair with his former student Julia Mitchell. Sequestered on a romantic holiday in Italy, he tutors her in the sensual delights of the body and the raptures of sex.

But when they return, their happiness is threatened by conspiring students, academic politics, and a jealous ex-lover. When Gabriel is confronted by the university administration, will he succumb to Dante’s fate? Or will he fight to keep Julia, his Beatrice, forever?

Sylvain Reynard is a Canadian writer with an interest in Renaissance art and culture and an inordinate attachment to the city of Florence. Reynard is the New York Times bestselling author of Gabriel's Inferno, Gabriel's Rapture, Gabriel's Redemption, Gabriel's Promise, The Raven, and The Shadow.
Loading...
or support indie stores by buying on